Vanessa Winship is a British born photographer. She is a graduate of Cinema and Photography from the former Polytechnic of Central London (now Westminster University). 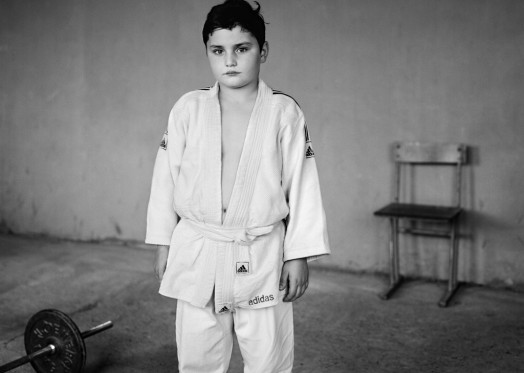 She is the recipient of several grants and awards, including most recently, the Henri Cartier Bresson foundation prize. Her work has been exhibited across Europe, and is currently represented by Agence VU and Galerie VU in Paris, France. 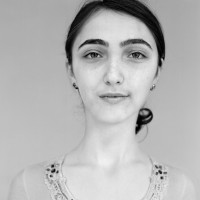 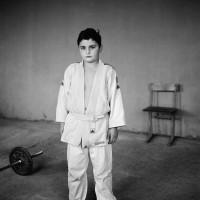 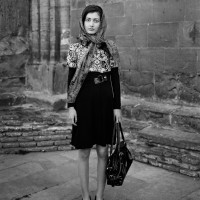 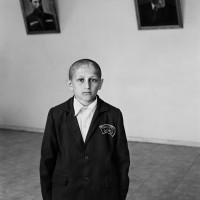 EXHIBIT AT THE RENCONTRES: GEORGIA

This place where I buy from a kind of messenger, the seeds for my imagining.
Here, they are wrapped in a tiny scrap of an old music manuscript. Everywhere on the streets I see the remnants of these imaginings,
that is until the wind or the rain carries them away. These are of course the empty husks of sunflower seeds, sold on the streets by old women, and are staple of this whole region.
I went to Georgia for the first time in 2003, not long after the so called Rose Revolution.
I didn’t go because of the revolution as such, but that was the context I found myself in.
I was on a journey, a dialogue with photography and story telling.
Georgia, like so many places with a sense of an ancient past, was a place that seemed to be in love with its own idea of self.
It is a place where people seem comfortable in celebrating their good fortune at the lush beauty of the land, they, by chance inhabit.

The density and texture of the forests and mountains, at first sight transport you to a reality that might have been created by some alchemists brew.
It is the same with the features of the people who occupy this place, faces ancient and distinct, somehow complete.
Often confronted by depictions of their own images of themselves; from the walls of ancient churches and cathedrals, to life size portraits of loved ones set in the landscape, painted by an artisan to commemorate a life.
When I look at the faces of these icons and paintings I recognize both imagery from the east and also from the west, rich dark colours created with an understanding of the brutality of time, they are not faded.
At every opportunity I am invited to experience an expression of who and what these people have decided they are.
Through dance, through song, through physical agility, through stories told over heavily laden tables, shared by whoever wants to listen.
It is of course a kind of fantasy of sorts.
And yet there is a kind of melancholia, an underbelly that almost inevitably sets itself against such exuberance.
It is a place literally crumbling from the weight of such unsustainable romance.
On my return in 2008, after a summer at war with it’s powerful neighbour.
I found my friends exhausted but very much alive, alive in a way that is only possible when one is so close to the possibility of death.
I returned once more in the late spring of 2009, a little less than a year after this conflict
I wanted to search for the people I felt most represented a flavour of this collective imagining, both theirs and at once mine.