In collaboration with the newspapers « La Presse » and « Le Devoir », Rencontres is presenting two exhibits of a hundred photos each, devoted to major issues of the last 22 years. 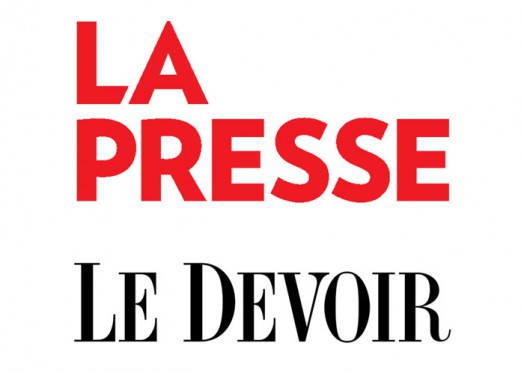 In collaboration with the newspaper Le Devoir, Rencontres internationales de la photographie en Gaspésie is presenting two exhibits of 122 photographs each, devoted to major issues of the last 22 years.

A daily paper of reference in Québec since 1910, Le Devoir for a number of years has relied on a rock-solid team of photographers. At Le Devoir, photography as much as reporters’ copy is a window on the world. The photographers at Le Devoir do not illustrate a text but rather expand the meaning through a distinct and sensitive contribution. Which is no doubt why the photographers on this independent paper have earned so many distinctions.

List of Le Devoir photographers whose work will be displayed at Rencontres:

In collaboration with the newspaper La Presse, Rencontres internationales de la photographie en Gaspésie is presenting an exhibit of 100 photographs, devoted to major issues of the last 22 years. Rencontres salutes the work of the 16 collaborating photographers from La Presse whose pictures were selected to be part of this exhibit

Canada’s French-language reference media outlet, La Presse can be enjoyed on a number of platforms (paper - Web - mobile applications) and offers distinctive, rich and diversified coverage of current events. La Presse photographers bring an insider’s perspective to bear on the news, and lend depth and emotion to journalists’ copy. Whether taken in Montreal or elsewhere in the world, the photos in La Presse are appreciated by the newspaper’s readers for their artistic qualities as well as their journalistic impact. Year after year, the talent of La Presse photographers is honored with awards both here and abroad.

List of La Presse photographers whose work will be displayed at Rencontres:

Rencontres wishes to thank Catherine Arsenault and Jean-François Bérubé for the idea of having us experience the current events of the last 22 years through the gaze of 21 brilliant collaborating photographers either from La Presse (present exhibit) or from Le Devoir (exhibit in Maria). We’re also indebted to them for the herculean task of selecting the photographs, which underscore the importance of what press photographers accomplish day in and day out. Their pictures, on a daily basis, are a source of essential information!