A self-taught photographer, Normand Rajotte began his photographic practice in the mid-1970s as part of a wave of groups in Québec that were updating the documentary aesthetic. 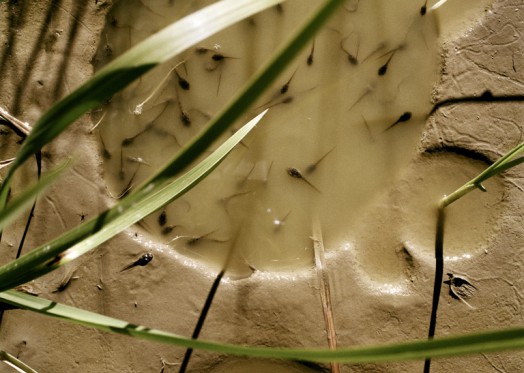 In the early 1980s he turned to the landscape to undertake a more introspective process centered on self-awareness and a new relationship with nature. Jennifer Couëlle observed, in her introduction to his works, that he is among the few Québec photographers whose production is entirely devoted to landscape. In effect, since the 1980s he has been building, with remarkable consistency, an unprecedented body of work that updates the traditional approach to the landscape. Unlike photographers who celebrate vast stretches of land bordered by a distant horizon, Rajotte trains his lens on the ground, using a high-angle point of view to scrutinize the surface of objects and observe the secret life of the undergrowth. 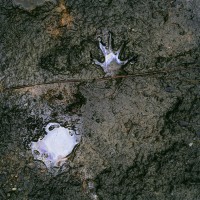 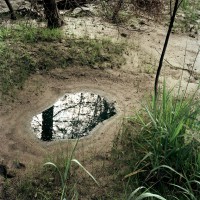 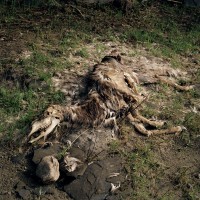 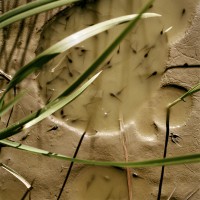 EXHIBIT AT THE RENCONTRES: COMME UN MURMURE (AS A WHISPER)

“As a Whisper” presents a selection of photos taken between 2004 and 2010 in a wooded lot where the artist had settled at Mont Mégantic. He has continued to record the traces left behind there by vegetal, animal or even human life. They make reference to the history of the place, to the passage of time. Normand Rajotte has turned himself into an archivist of the ephemeral. The territory, since, has become an intimate thing to him, and he patiently redefines his relationship to the area. Turning his camera towards the earth, plunging into matter, he has often had the impression of getting back in touch with a primitive dimension of the human in the face of the elements. With his initial questionings.