Anja Niedringhaus was born in Höxter, Germany, in 1965. First based in Frankfurt am Main for the European Pressphoto Agency (EPA), she moved to Geneva, Switzerland, in 2002, for the Associated Press (AP). 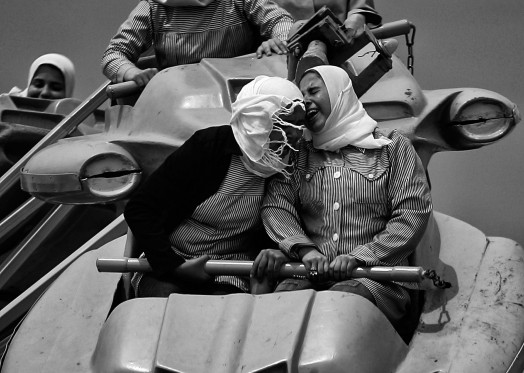 She has been working on the front line of every mayor conflict from the Balkans in the nineties to the wars in Iraq, Afghanistan, and Libya. In addition to crises and wars, she also photographs sporting and political events. Anja Niedringhaus has received numerous awards for her work, including, both in 2005, the Pulitzer Prize in the breaking news category with a team of AP photographers for their coverage of the war in Iraq, and the Courage in Journalism Award from the International Women’s Media Foundation (IWMF). 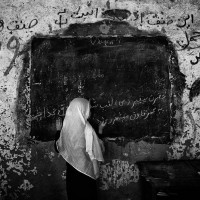 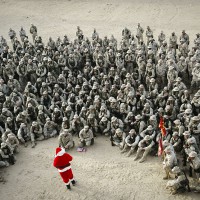 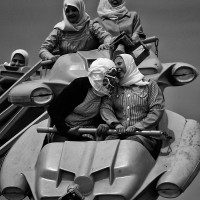 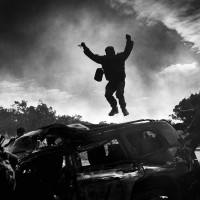 EXHIBIT PRESENTED AT THE RENCONTRES: AT WAR

« For the last 20 years, Anja Niedringhaus has been traveling to the theaters of war around the world—in Croatia, Serbia, Kosovo, Bosnia, Iraq, Afghanistan, Libya, and Israel—photographing misery and suffering in vivid and unflinching detail. As one of the few women working in this specialized branch of photography, she documents human tragedies and the deep scars left by violence. When sent on assignment, Anja Niedringhaus does not photograph scenes at a distance, but places herself within them—as someone who herself is involved, immersed in the war. (…) The photographer approaches her subjects with curiosity and understanding, never compromising their dignity. » (Source: C-O Berlin [online], www.co-berlin.info/program/exhibitions/2011/anja-niedringhaus.html?Itemid=1879)