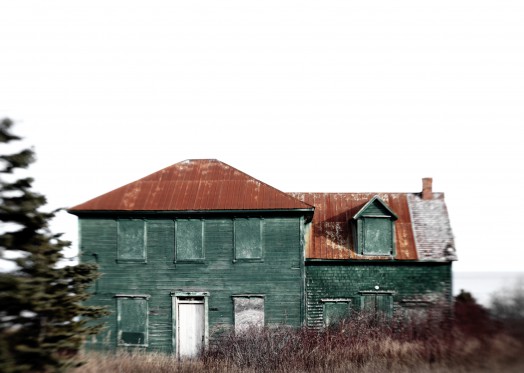 The pooling of their two approaches provides their subjects with a more extensive range of possibility: Guillaume D. Cyr, through his Cartesian manner of composing his pictures and his great command of photographic techniques, and Yana Ouellet, through her more instinctive way of seeking simplicity of line and composition in details, colors and textures. The couple’s work on the “Gaspésie human less” project was born of Guillaume D. Cyr’s wish to do visual research in his native territory and of his – and his spouse’s – pronounced interest in every trace that man leaves on the landscape. The abandoned houses along Route 132, which runs all the way through the Gaspé, are the subject of part one of their project. 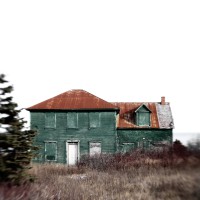 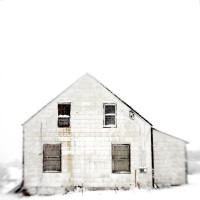 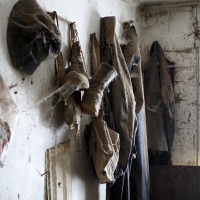 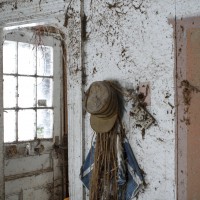 The two artists are presenting the first part of three visual investigations of this region. In a photographic work that identifies 50 abandoned houses along Route 132 of the Gaspé Peninsula, esthetic exploration mixes with documentary research. The photographs on display are excerpted from an artist’s book self-published for the project. They feature the duality of the two artists’ approaches: he, framing the subject in its natural and symbolic environment; she, recording forgotten details transformed by time. Thus, their complementary visions provide the viewer with a complete portrait, such as an anthropological examination might produce.