René Faulkner has a passion for photography, illustration, the pictorial and the second dimension. 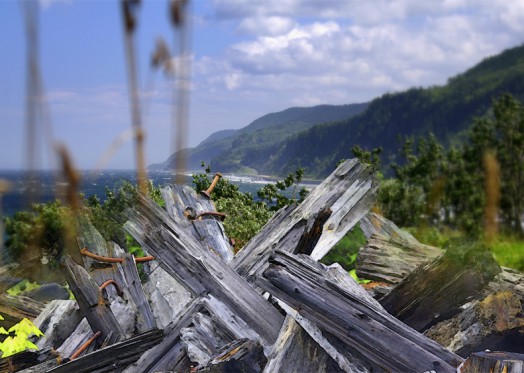 After academic training in the plastic arts and photography, his own personal learning process stretched over a twenty-year period, and included important research and experimentation relative to textures. His artistic approach led him to revisit, to rebuild his images. Picture-taking is highly important in his output. Next, the work continues with the creation of the desired atmosphere, ambiance or genre. Powerful tools – current technologies – play a role in that ceremony. The image achieved through the photographic medium is then sometimes altered, sometimes softened, sometimes distorted. The atmosphere he creates may result from the sculpture-assemblage, from the visual concept, from the installation or the display. 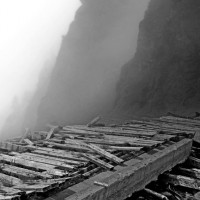 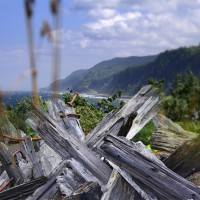 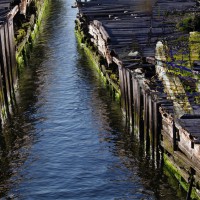 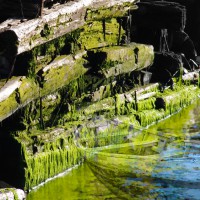 EXHIBIT AT THE RENCONTRES: QUAI SE PASSA-T-IL? (WHAT THE DOCK HAPPENED?)

The exhibit is intended as a reflection on the symbolism and the reality affecting new Gaspesian René Faulkner. His message is threefold: of beauty, of dismay, and of amusement. The beauty stems from the texture and the material; the dismay is present through the total dereliction, symbol of confusion and trouble. Finally, the overview will serve as a subject of entertainment. The starting point of the project comes from the vibrations felt on seeing and touching the ruins and remnants of different docks and of structures on the seafront and elsewhere. This work is based on research that is more esthetic than philosophical or sociological. The exhibit is intended not as a cry but as a happy breath of air.

The work of René Faulkner is presented in the Marsoui church as part of the event “Les arts marsois.”