The Kahem photographers’ association is based on an exchange of ideas and reflection about the practice of documentary photography. 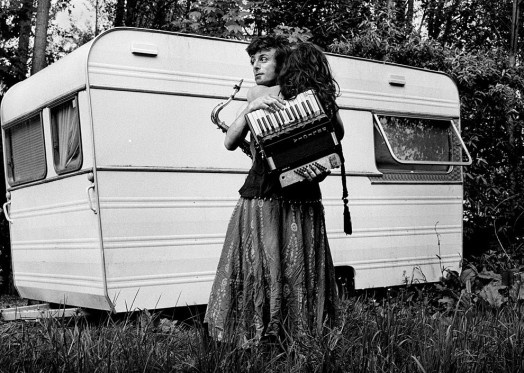 Its members’ projects, both individual and collective, are diversified in nature. With a classical or a contemporary vision, they explore the many and varied forms of documentary photography.

The collective is made up of photographers Charles-Frédérick Ouellet, Christian Lamontagne, Nicolas Levesque and Yoanis Menge, all natives of Québec. 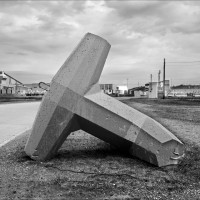 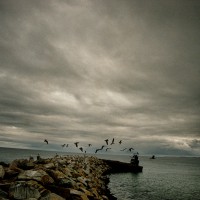 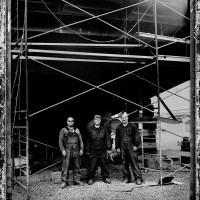 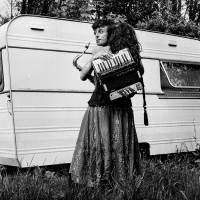 Highway 132 has cut its way along the Gaspesian countryside like a ribbon of the possible encircling the peninsula, ordering its movements, defining its experience. Someone who takes the 132 the way someone takes a risk, what has he got to say about it, on the lookout for its stories and subject to its twists and turns? The surprisingly contemporary account of a postcard territory diverted from its landscapes, questioned about its intentions, defined by its effects – instinctive narrative making, fragmentary and unusual, of the space and of the confrontation with it.

Thus were born the four essays of the Kahem collective photographers, and thus also do they work together, bound by the figure they pursue and by an eagerness to relate what lies off the beaten track. The result of a residency offered by Rencontres internationales de la photographie, the project 132 recounts in images and through the filter of the gaze of four thirty-somethings the Gaspé as it is today, laid bare as it confronts the future but not without revealing a measure of hope. In the course of this research the highway saw Nicolas Lévesque make his way from the town of Gaspé to Bonaventure and took Yoanis Menge to Gesgapegiag, between Bonaventure and Amqui. It provided subject matter for Christian Lamontagne between Amqui and Sainte-Anne-des-Monts, and challenged Charles-Frédérick Ouellet from Sainte-Anne-des-Monts to Gaspé. Just like the road, their pictures present a journey, traveling through us long after arriving at the destination.