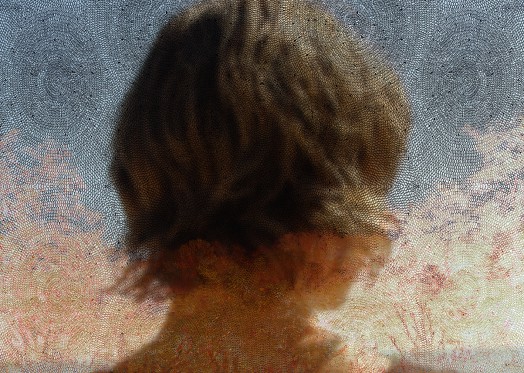 EXHIBIT: PASTORAL MONUMENTS & INSIDE THE VIEW

Helen Sear’s photographs became widely known in the 1991 British Council exhibition De-Composition: Constructed Photography in Britain. Her work explores ideas of vision, touch, and the representation of the nature of experience, focusing on landscape in relation to both the human and animal body. She combines drawing, lens-based media, sculpture and digital technologies. Beyond the View was exhibited at the Klompching Gallery in New York in 2010, and the Ffotogallery agency in Wales published her first major monograph in 2012, Inside the View. GOST published the bookwork Brisées in 2013, which accompanied a major national tour called Lure in the same year. Helen is currently Reader in Photography and Fine Art Practice at the University of South Wales and is represented by the Klompching Gallery, New York. 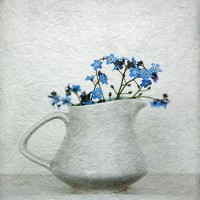 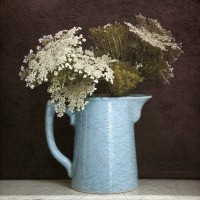 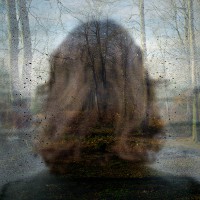 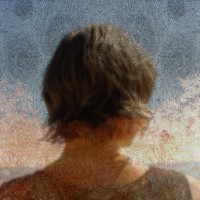 EXHIBIT AT RENCONTRES: PASTORAL MONUMENTS & INSIDE THE VIEW

This series is part of a larger whole photographed during 2011 and consists of a selection of over 80 wildflowers picked in a single field near the artist’s home in rural Wales. The flowers were photographed in jugs and small vases from all over the world, collected from local charity shops. Inspired by the botanist and photographer Mary Dillwyn, whose photographs from the early 1850’s often featured wildflowers arranged in domestic crockery, Sear has combined processes referring to early analogue photography, with digital technologies and printing inks to represent the beauty and intensity of these often overlooked uncultivated flowers.

From a series of landscapes and figures, two separate photographs are superimposed, the image behind appearing to float as a net or veil on the surface by a process of drawing/erasing in the computer. Neither able to be fixed as a complete picture, the partial erasure of one reveals an incomplete picture of the other. The figures and landscapes are taken in different geographic locations, and the enmeshing of two collapses the conventional photographic space between the viewer and the view.