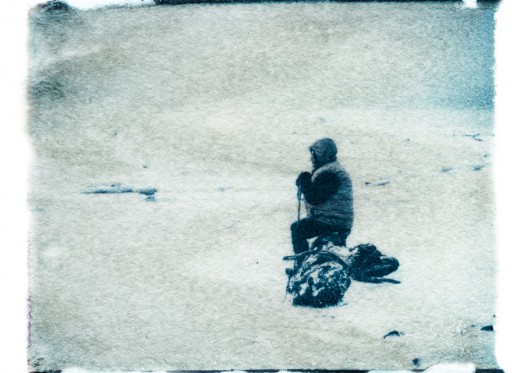 A graduate of École nationale supérieure Louis-Lumière, he began his career in aerial photography in Dubai. A cofounder, in 2002, of the collective Dolce Vita, today he works in Paris and divides his activities as a freelance photographer among newspapers, advertising and communications, while his personal works are exhibited on a regular basis. He’s developed his photographic world around the project “Les Héliotropes” (Heliotropes) for the last ten years. A sort of timeless journey with the help of a Polaroid to produce some poetic little papers. In his personal work, the esthetic meets documentary methodology, making for an approach in which the photographer demonstrates that suggestion can lead us to see more than evidence can, in which the paper and process used are an integral part of the procedure. His work has been distributed by the cooperative Picturetank since 2007. 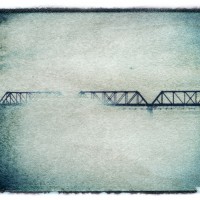 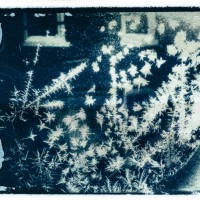 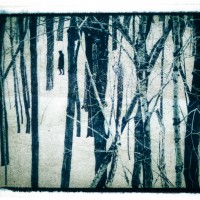 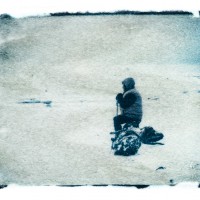 “The journey is an elsewhere, not necessarily distant, but inescapably outside our everyday lives. The relationship with time undergoes a modification, be it flagrantly or imperceptibly. I look for the process that will best enable me to convey that emotion. The Polaroid transfer on watercolor paper turns out to be the answer to my questions. My photos become altered, slightly deteriorated, prints of a timeless dimension.”

To the north of Oniria

“Les Héliotropes, a project begun in 2002, is a discovery of geography, of territories, and of their inhabitants, while taking the form of a travel diary in a poetic world. As part of the original project ‘Un pont sur l’Atlantique’ (A Bridge over the Atlantic), in cooperation with Promenades photographiques de Vendôme, France, I continued my imaginary journey in Oniria via an artistic residency in the Gaspé during the winter of 2014. A journey to the ends of the earth, the ice, the snow, the cold, where people are scarce. A wintertime northbound journey, in an imaginary country in pursuit of the warmth of its inhabitants.”