Living and working in Montreal, Patrick Dionne and Miki Gingras join their efforts in producing photographic works that inspire and bear witness to social realities. 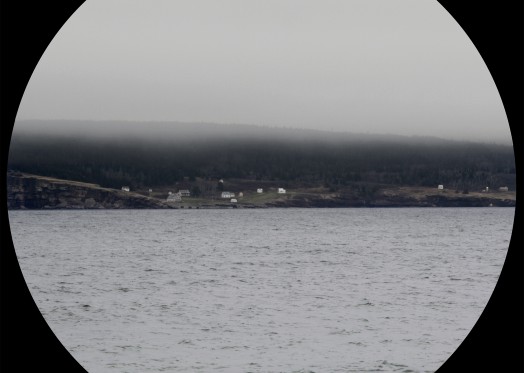 From August 8 to September 15

The island being accessible solely by boat, each day ferries operated by private entrepreneurs offer crossings to it, at different times, leaving from the Percé dock.

They use a computer to manipulate images in order to create subjective worlds that highlight the narrative dimension of the photographic image. Both from the technical and interpersonal points of view they raise questions about the objectivity of the documentary as well as about the photographic medium’s relationship to reality.

In the summer of 2013 they took part in the Noorderlicht Photofestival in Groningen, Holland, in Rencontres internationales de la photographie en Gaspésie, and ranked in the ten finalists for work-of-the-year honors from the Conseil des arts et des lettres du Québec. In 2012 they received first prize at the 18th Latin American Documentary Photography Competition in Colombia. In 2011 they did a residency in Mexico City during which they researched the informal retail stands in the city, which led to the project Architectures Nomades.

Since 2009 they have executed photographic murals on the theme of identity in Montreal. They have over 40 exhibits to their credit, in Québec, elsewhere in Canada and Latin America. They have been awarded grants from the governments of Canada and Québec, as well as from the City of Montreal. 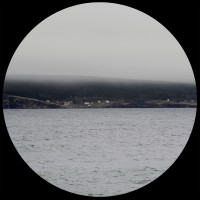 Patrick Dionne and Miki Gingras create photographic works inspired by the relationship of individuals with their environment. Like privileged witnesses, they visually address these realities by exploring different forms of presentation of the photographic in order to highlight the narrative dimension of the image. Both from the technical and interpersonal points of view they raise questions about the objectivity of the documentary as well as about the photographic medium’s relationship to reality.

During a creation residency in Percé in the spring of 2014, the two artists grew interested in Bonaventure Island and its history. Seeking out former residents of the island, today transformed into a national park, the artists examined the past based on the stories that people related to them. Through those accounts they explored and interpreted the life of this circumscribed, limited and isolated space...