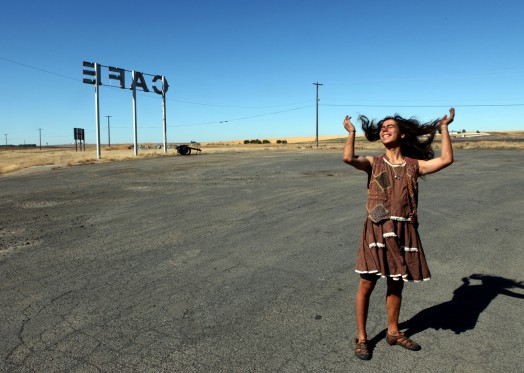 Born in Miami, Florida, but raised in Canada and Sweden, Kitra earned her B.A. in philosophy from McGill University and her M.A. in Visual and Media Anthropology from the Freie Universität Berlin. She contributes regularly to National Geographic Magazine. As a documentary photographer, Kitra embeds herself in communities, often for months at a time, in order to learn the language of her subjects. She has chronicled the daily lives of teens at a Texas high school, told the story of a Venezuelan cult, and followed a group of nomadic youth across the United States. As a fine-art photographer, Kitra focuses on the less explicable, often pushing the possibilities of the photographic medium. Her work in this genre deals with themes of the body and spirituality, a topic she took on following the stroke of her father, Rabbi Ronnie Cahana, which left him a quadriplegic. 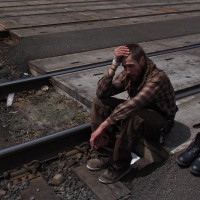 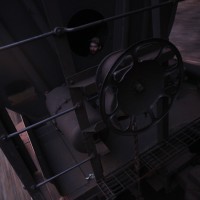 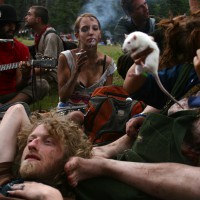 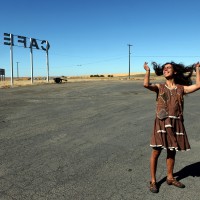 “I wanted to find a subject that I could relate to very directly. I wanted to find young people I shared a value system with, who were kind of countercultural but had a creative side as well. So I just started traveling with different groups – predominantly with young nomadic hoboes and traveling outsiders of all kinds.

“A lot of people refer to themselves as ‘traveling kids,’ or ‘dirty kids.’ But there’s no official name. Nothing is official, of course. It really doesn’t mean that everyone who’s on the road has chosen that lifestyle. Many people are there by circumstance – running away from home, running away from really horrible situations, LGBT youth who were not accepted, people who have aged out from the foster care system with nowhere to go.

“But then there’s a rewriting of the narrative, a sense that somehow choosing the nomadic path is the freer path. Not being tied down to jobs we hate or a system we don’t ethically believe in is part of the ethos in much of the community.”