Maryse Goudreau lives and works in Escuminac. Photography constitutes a starting point in her work. 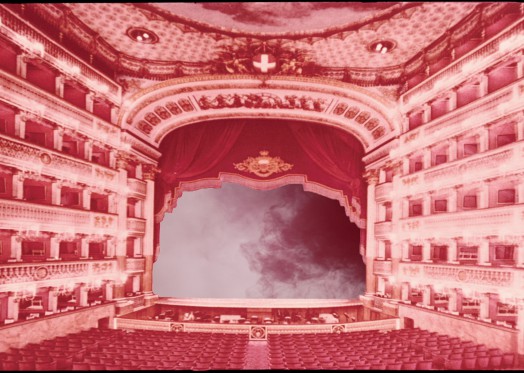 Maryse Goudreau touches on: the processes of early photography, archives, the performative, installations and videos. The falling into disuse, even the disappearance of a number of seaports, served her as an emblematic testing ground in creating an analogy with photographic processes also dying out. She has launched different undertakings that question the identity of a population turning its back on its Atlantic dimension. Bringing to bear a cross-perspective containing elements of the sociological, the political and the anthropological, the artist presents a reflection on the importance of social history.

Maryse Goudreau revives images from the past in order to address problems related to the present. For her, memory is a weapon. With a hybrid approach she attempts to liberate images from their static relationship to an official history, to create narrative, literary, pictorial or other spaces.

L’appel (The Call), her first monograph, was published by Sagamie édition d’art in 2012. The recipient of grants from the Conseil des arts et des lettres du Québec, the artist has been part of the evolution of Rencontres internationales de la photographique en Gaspésie in recent years. In 2012-2013 a solo exhibit was devoted to her by Espace F, by the Centre d’artistes Vaste et Vague and by VU – Centre de diffusion et de production de la photographie, all in Québec. In 2014 she exhibited at Gallery 44 in Toronto, and her work will be on display at the Maison de la culture Maisonneuve in Montreal in the fall of 2014. In the summer of 2014 she will be doing a photographic-creation residency in Norway. 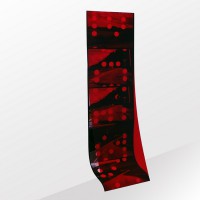 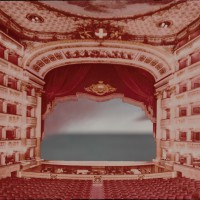 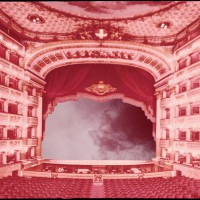 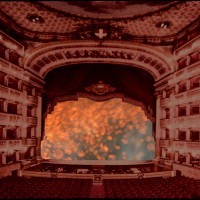 After working with procedures from the early days of photography, Maryse Goudreau continued her journey through time by developing an interest in the slide projector carrousels that can be found today abandoned by their owners. Activating the carrousels, she saw, in the deterioration of the slide images, a phenomenon of light that she has reinterpreted: she stopped when she got to a commercially manufactured slide that had nothing left in it but red.

The stage-frame theater she allows us to see in the projection she presents is animated by the rapid movement of the particles of red smoke recalling a distress signal at sea – a metaphor for the alarming condition of the oceans. The soundtrack is made up of bands trying repeatedly to tune up, but never succeeding.