Bogdan Konopka in residency in the Gaspé

Born in 1953, Bogdan Konopka lived in Wrocław, Poland, where after training as a photochemist he worked in applied photography in the laboratory of the Wrocław University of Technology. 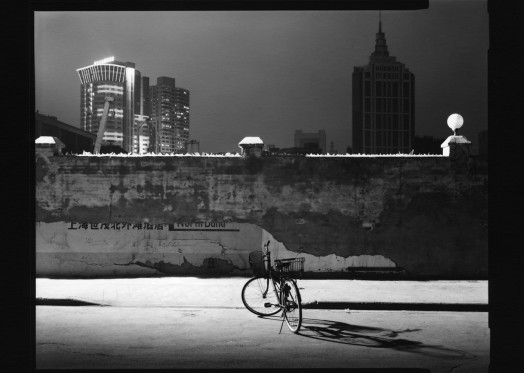 Following pressure brought by the regime, Bogdan Konopka resigned from the University of Technology lab. He co-founded the Fotografia Elementaria movement, broke off from it, then founded his own gallery, Post Scriptum, and took part in underground artistic activities while photographing his town and its apocalyptic atmosphere.

He arrived in France in late 1988, where he continued his work on the evolution of cities. Bogdan Konopka photographs their hidden, fragile faces, taking as his own the reflection of Georges Pérec, “not as the one pretext for a despairing acquisitiveness, nor as the illusion of a conquest, but as the rediscovery of a meaning, the perceiving that the earth is a form of writing, a geography of which we had forgotten that we ourselves are the authors.” Presented during the 2000 Mois de la Photo in Paris, his work on the capital focused on unclassified heritage. Grand Prix européen de la photographie in 1998, he spent two years traveling in Central Europe, his itinerary based on the names of acquaintances in his address book. The work from that period, entitled Reconnaissances, would take the form of an exhibit and a published portfolio. Then he turned his gaze to Chinese cities and their seriously threatened vernacular architecture. Stripped of all human figures, these photographic miniatures give off an ineffable breath of life.

2014 RESIDENCY PROJECT IN THE GASPÉ

Bogdan Konopka will be doing a creation residency in September 2014 in the Gaspé territory. The results of his project will be presented in 2015, at the 6th edition of Rencontres. This artist residency is taking place in the context of the collaboration between Rencontres and Promenades photographiques de Vendôme.