“Gaspesian by adoption with Montreal roots, I fell in love with photography during my film studies at Cégep Saint-Laurent.” 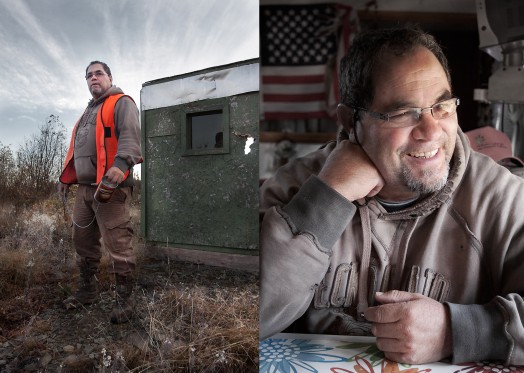 Traditional Mi’kmaq village in Gesgapegiag | Off Route 132, near the sea | Gesgapegiag (at the west end) | See Google Map.

“After finishing university, a few trips and a number of years in the funny world of the movies, I returned to my first loves. Ever since, I’ve shared my time between these two worlds. My photographic work is personal, intimately connected to my life, to the people that surround me, to my concerns. What I look for: the mixture of the documentary approach and pure graphic pleasure, as well as encounters with inspiring and inspired humans – which, to my delight, projects sometimes produce.” 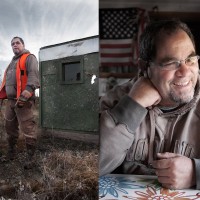 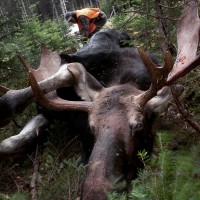 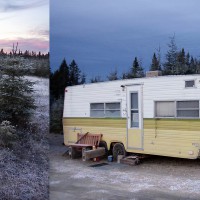 “In the fall of 2013 I accompanied and photographed Fern Mallette, a Gesgapegiag Mi’kmaq better known by the name Pwee, his brother Franky and his grandson Castor on a moose hunt. For several days we made our way across the magnificent territory of Baldwin and Dunière. I was given to understand that the Mi’kmaq had for a certain number of years stopped hunting moose and that it was thanks to the efforts of a small handful of men that the practice had resumed. The community now has several hunters and a butcher operation that offers its services in exchange for half the animal. The meat is then shared free of charge in the community.”