Michael Flomen was born in Montreal in 1952.

The best time to view this installation is at dusk and during the night. This is time when the actual photogrammes were made and when the fireflies come out to flash their light. 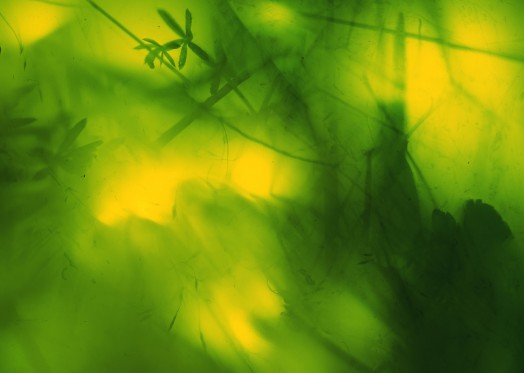 He began taking photographs in the late 1960s, and has been showing his work on several continents since 1972. He has been a darkroom printer and collaborator for many artists, including for Jacques Henri Lartigue’s travelling exhibition in Canada and the United States in the mid ’70s. Flomen’s first book of “street photographs,” which followed the Cartier-Bresson formalism of photographic picture making, was published in 1980, followed by Still Life Draped Stone in 1985. Flomen switched camera formats in the early ’90s, photographing snow and producing works under the title RISING. For the last fifteen years this self-taught artist has used camera-less techniques to collaborate with nature. Various forms of water, firefly light, wind, and other natural phenomena are the inspiration for his picture making. Michael Flomen’s work is in the collections of George Eastman House (Rochester), the Los Angeles County Museum of Art, the Musée National des Beaux-Arts du Québec, the Norton Museum of Fine Art (Florida), the Philadelphia Museum of Art, the National Gallery of Canada (Ottawa), and the Whitney Museum of American Art (New York). 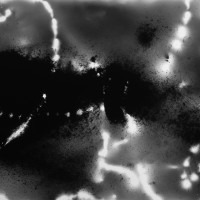 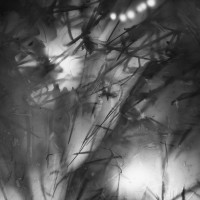 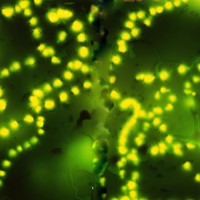 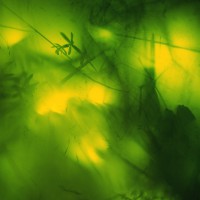 The Higher Ground photograms are the results of a dialogue between the artist and Nature, specifically fireflies. The large-format film documents the interaction of energies with the natural elements at night directly in the countryside, fixing the natural light of the firefly.

This event in the landscape, captured in early summer, provokes a universal meditation on who we are and where we are. The macro and micro worlds meld into a picture of mystical and magical moments.