A freelance photographer since 2005, Frédéric Merlet has a two-step approach to his work, in the studio and in nature 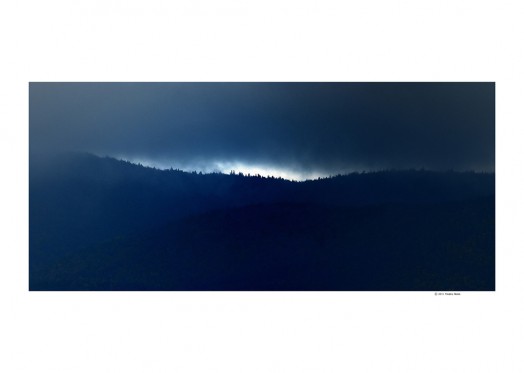 EXHIBIT: “GASPÉSIE, SAUVAGE LES PIEDS DANS L’EAU…” (THE GASPÉ, WILD, WITH YOUR FEET IN THE WATER…)

In the studio, light, for him, becomes a material to be sculpted. Once trained, it accentuates still-life subjects – becoming something like a canvas, flirting with painting – but also more modern subjects, in complex installations that, albeit purely photographic, may come to suggest the artifices of computer graphics… In nature, the landscape becomes a quest. This surrounding nature morphs into a nonmalleable model, unpredictable and occasionally capricious. It’s a sometimes breathless hunt for the image, with the light-accentuated elements and weather lending themselves to its capture. In both situations, Frédéric Merlet asserts a certain taste for contrasts. The shadowy areas give way to mystery and imagination, and reveal the lighting-up of the subject all the more. 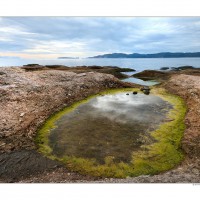 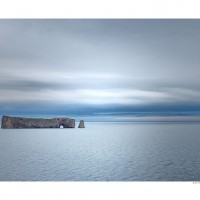 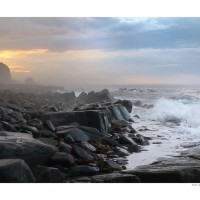 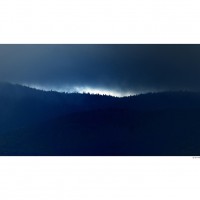 EXHIBIT PRESENTED AT THE RENCONTRES: “GASPÉSIE, SAUVAGE LES PIEDS DANS L’EAU…” (THE GASPÉ, WILD, WITH YOUR FEET IN THE WATER…)

In fall 2012, Frédéric Merlet did a residency in landscape research and creation in the Gaspé, thanks to a collaboration between Rencontres internationales de la photographie en Gaspésie and the Conseil Général de la Vendée.

In the context of the “Gaspésie–Vendée cross perspectives” exchange, Frédéric Merlet casts his landscape-photographer eye. A magnificent means of expression, the Gaspé forms a model whose essence must be unearthed without the area’s visible features ever being influenced. Here, the light of day, the landscape’s lines of force and the whims of the weather substitute for the artifices of the studio. Ten days for lining up the colors on the palette of this artist’s residency. One obvious necessity will be squeezing between the elements of civilization and extracting the wilderness qualities from them. Provide a framework, capture its content, arrange and serve..